Dr. Masters is President and Chief Executive officer of Artificial Cell Technologies. His twenty-nine year career began as a member of the Harvard-Monsanto Project that led to the development of the Biotechnology industry. He left Harvard to become the fifth employee at Genzyme, creating their successful Research Biologicals business unit which was eventually sold for $67 million. He left Genzyme to become the founding CEO of OxiGene, which is now a public company. Following his tenure at OxiGene he became involved in the information technology field, heading up the Biological Applications Program at TASC, INC., a $300 million per year information technology company, and TechEx a B2B exchange connecting University technology transfer offices to pharmaceutical companies which he successfully sold in 2002. After a period as a Principal at Commonwealth Pharmaceutical Partners, a business development consultancy and affiliate of the Medical Science Partners venture capital fund, he returned to the Biotech CEO ranks, heading up three start-ups: Bion, Inc, C3 Scientific Corporation and Esperance Pharmaceutical. Dr. Masters became CEO of ACT in July of 2008.

Dr. Masters graduated from Johns Hopkins University with a degree in Biophysics, Received his Ph.D. in Biochemistry and Immunology from Cornell University Medical College and was a Post-doctoral Fellow at Harvard Medical School. 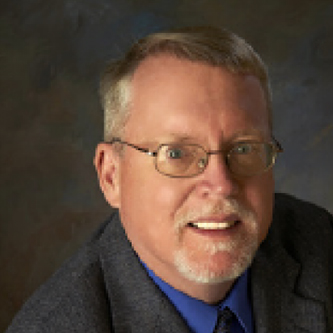 Dr. Powell joined the Company in 2009. He previously served as Vice President of Research at VaxInnate Corporation, which he joined at its founding in 2002. At VaxInnate, Dr. Powell managed all aspects of discovery research and candidate evaluation and selection. Under his leadership, the research team delivered multiple vaccine candidates including two novel influenza vaccines undergoing clinical evaluation. Dr. Powell also led vaccine research efforts in other disease indications including respiratory syncytial virus (RSV), Dengue virus, and malaria. He was responsible for raising $18 million of grant and contract funding from the NIH, the Department of Defense, and the Bill and Melinda Gates foundation. Prior to VaxInnate, Dr. Powell held research and management positions at SUGEN, Inc., and CuraGen Corporation.

Dr. Powell received his Ph.D. in Molecular and Cell Biology from the University of Alabama at Birmingham, and was a post-doctoral fellow in the Department of Microbiology & Immunology at the University of Miami School of Medicine.